Drain snaking (more technically called cabling) has been the standard method for drain and sewer cleaning for decades.  And blockages haven’t changed much.  But new technologies bring services that are faster, more effective, and longer-lasting.  They’re also safer to pipes as well as to drain technicians and plumbers.

Sinks, tubs, showers, and appliances connect to drain lines that are typically 1 1/2 or 2 inches in diameter.  These join together into a sewer line that’s typically 4 or 6 inches in diameter that runs from the building to the city sewer main at the street.  The building owner is responsible for any flow-reducing obstructions or blockages out to that street connection.  Common problems include grease and soap buildup, hair and lint, dirt and debris, tree root invasions, foreign objects getting flushed, and mineral scale.  So cleaning technologies have a lot of possibilities to contend with.

Old drain cleaners were based on harsh acid or lye.  These attacked metals and create heat, so the slightest mistake could lead to an expensive metal or plastic plumbing repair.  Today’s liquid drain cleaners are based on sodium hypochlorite, which is just bleach.  Various additives make them more effective.  They work fairly well on hair, not so much on grease.  For grease newer enzyme-based products are more effective, but they take overnight to work and may require several cycles.  But neither is as effective as a simple plunger, so that should be your first line of attack.

Manual and motor-powered drain snakes have been around almost as long as sewers — nearly 100 years.  These rotary drain cleaning tools work by pushing a cleaning or cutting (auger) head down the line using a stiff cable.  Small hand units may only extend 2 to 3 feet, but electrically driven models may extend 100 feet or more, with motors as large as 1 horse power.  For stubborn blockages rodding — using a series of linked solid rods — may be necessary.  That’s stronger, but it can be difficult to avoid damaging pipes.

Over the years snakes have been gradually improved with stronger and sharper blades as well as with more efficient and more powerful motors.

Unfortunately snaking and rodding mostly just punch a hole through any blockage.  With skill, they can remove most grease, grime, and other residue but what’s left behind is a starting point for collecting food debris, grease, etc. all over again.

The biggest leap forward has come with hydro jetting.  It does what cabling can’t.

Hydro jetting equipment starts with a special pump to boost water pressures to as high as 4,000 psi (pounds per square inch). A high-pressure hose pushes ahead with multiple nozzles down the line.  Those nozzles create jets of water that safely glance off plumbing walls to scour away everything, including mineral scale.  That cuts roots, dissolves blockages, emulsifies grease and soaps, and blasts away scale.  The resulting debris gets flushed away.

So it’s the only process that cleans the insides of pipes.

That makes it ideal for resolving tough or repeated clogs as well as for preventive maintenance.  With no chemicals the process is eco-friendly.  Although each hydro-jetting job costs more than a drain-snake visit, it’s more cost-effective when you consider the cost of repeat visits.  It’s also more flexible than cabling and safer than rodding.

Sending what was once called a closed-circuit TV camera down the lines provided a visual inspection of the line,  identifying any problems with the pipes as well as finding and locating whatever’s causing the slow-draining or backup.  That eliminated guesswork when it’s time for aggressive cleaning or a repair.

No longer old black-and-white images, today’s inline sewer inspection cameras are high-resolution color with improved sensitivity and high-performance lighting.  Some even have features that always keeps the image right side up.  Various models and attachments make them suitable for 2-inch drain lines all the way up to 12 inches or larger sewer mains and can reach 300 feet or more down the pipes.  The larger models look a bit more like a wheeled robot than a camera.

Either as a camera feature or as a separate unit, a “sewer sonde” uses radio waves or sound waves to determine the depth as well as the exact location of any problem by the camera. 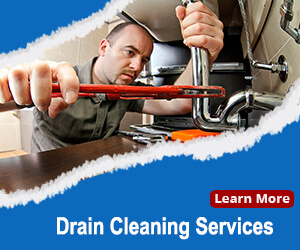 Save $25 On Faucet Installation 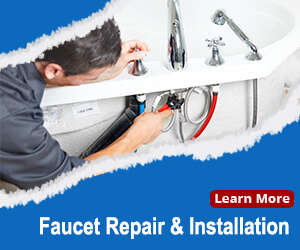 Save $150 On Sewer Line Repair 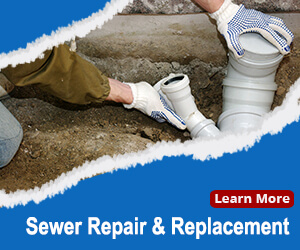 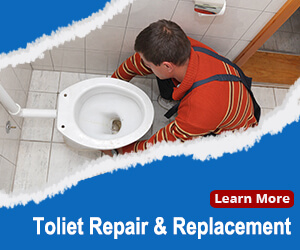 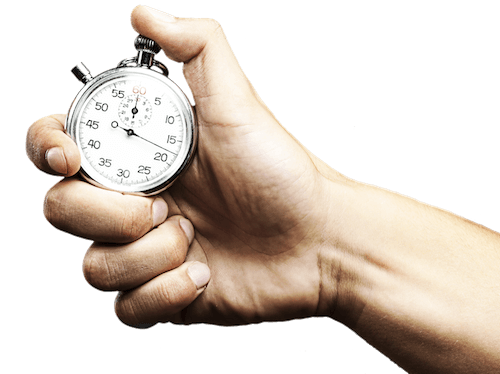 Blue Planet is a different kind of Plumbing Company. With 15 years of experience in the business, we continue to evolve in our craft by combining the very best in energy-conserving technologies and Eco-friendly methods. At Blue Planet Drains and Plumbing we understand the importance of timely response and efficient service. We offer 24/7 residential and commercial plumbing services for all San Diego County.

Review Of The Month

They were the only plumber in Chula Vista, who was able to come right away to my moms house to fix her drain/ plumbing issue. Miguel from Blue Planet Drains & Plumbing has been terrific. He got the job done very fast and I was able to use the online-coupon to save some money on her plumbing bill. I highly recommend Blue Planet Drains & Plumbing! If you are in Chula Vista or any of the other service areas, make sure you hire them! It's worth it. Thanks, Miguel.